Home
All Categories
What Time You Should Drink Your Morning Coffee Every Day,
Prev Article Next Article 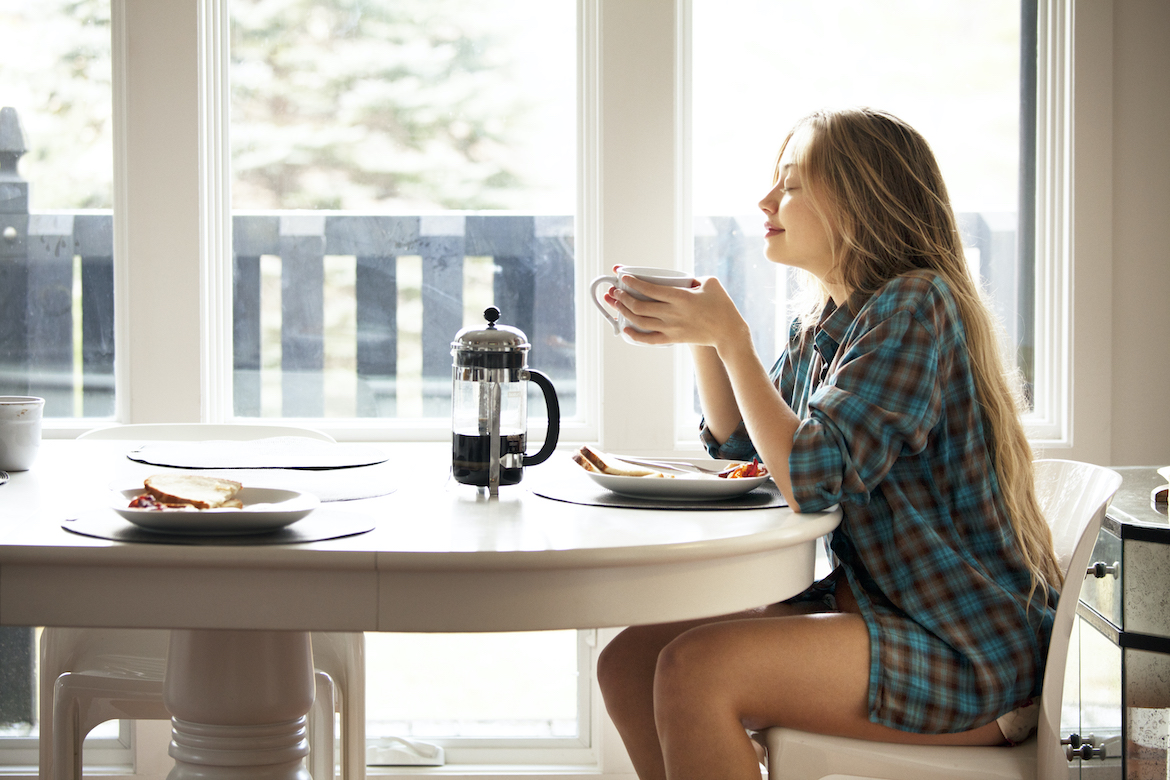 This isn’t your standard New Year’s plan. No restrictive diets, no weekly weigh-ins, no “whole new you” for this new year—because, hey, you’re pretty great already. These four expert-led plans—designed to help you move your body, eat more veggies, get a better night’s sleep, or show yourself some loving care—are all about developing healthy habits that better align with your goals. Get the Program

I’ve been known to say that one of the main reasons I want a partner in life is so they can get out of bed before me to put the coffee on, which would allow me to immediately chug a mug upon waking in order to feel alive enough to start my day. According to Michael J. Breus, PhD, a clinical psychologist also known as “The Sleep Doctor,” however, my dream’s not necessarily reflective of what time you should drink coffee for optimum effect. Instead, as he recently told brain-health expert Max Lugavere on Lugavere’s podcast, The Genius Life, you should be waiting at least 90 minutes after waking for your first cup of joe—and maybe longer.

This impossible-sounding advice is born of Dr. Breus’s research on chronotypes, or the categories of unique individual circadian rhythms (preferred sleeping and waking times), under which most humans fall based largely on their genetics, but also age and environment. Dr. Breus has given each of the four chronotypes a cute, easy-to-remember profile, too: You’re either a dolphin, lion, bear, or wolf. (You can discover yours by taking this quick quiz.)

The reason for his general recommendation for what time you should drink coffee, no matter your chronotype, is that when you wake up, your cortisol and adrenaline start pumping to help get you fully animated. And compared to coffee, he says, those two hormones are far more potent. So while the hormones are spiking, throwing coffee into the mix likely won’t do you much good. “What ends up happening is people are like, ‘Well, nothing worked,’ so they add another shot of espresso, and another,” Dr. Breus told Lugavere on the recent podcast episode. “Sometimes they get only the bad side effects… jitters and things.”

On the flip side, he says, the general advice is to quit drinking coffee by 2 p.m. no matter what, because the beverage has a half-life between six to eight hours, which should mean that by 10 p.m., it’s halfway out of your system.

Of course, he says, different people have different levels of caffeine sensitivity and metabolism speed, and Dr. Breus says he’s known plenty who have said drinking coffee right before bed doesn’t affect them at all. Still, though, he warns against those late-night lattes. “You might be able to fall asleep, but the quality of sleep you’re getting is going to be pure crap,” he says. “Caffeine is a stimulant—that’s how it acts in the brain. So the closer to bedtime that you drink caffeine, the worse your slow-wave sleep is going to be.” And since slow-wave sleep is crucial for physical recovery, it’s not anything to skimp on.

But again, these are just general guidelines that can be helpful whether you know your chronotype or not. But, Dr. Breus does have more specific guidelines, depending on your chronotype. Keep reading to get those details.

When time should you drink coffee, according to your chronotype?

Dolphins make up about 10 percent of the population and are known for their insomniac qualities, due to having a low sleep drive, or urge to sleep. Dolphins, says Dr. Breus, tend to wake up unrefreshed, can’t nap, and are most alert at night. Being a light sleeper and having low sleep drive, he writes in his book The Power of When: Discover Your Chronotype, often causes this chronotype to experience insomnia anxiety, or a fear of not being able to sleep.

Because dolphins are so sensitive, Dr. Breus has specific guidelines for their coffee-drinking time window. If they’re following the exact Dolphin schedule he recommends in his book—which includes a wake time of 6:30 a.m. and a bedtime of 11:30 p.m.—they should wait to drink coffee until three full hours after they get out of bed. His specific recommendation is to have just 100 milligrams (mg) of caffeine between 9:30 and 9:45 a.m., but he says that if that is too tight, the window can extend between 9 and 10 a.m. (Remember, this advised timing is based on someone following his exact proposed Dolphin schedule.)

Lions account for about 15 to 20 percent of the population, and they are morning people who have medium sleep drives. If they’re following the sleep schedule Dr. Breus recommends for them, they should be waking up between 5:30 a.m. and 6 a.m. and going to bed at 10:30 p.m. If adhering to this routine, lions should have just 100 mg of caffeine between 9 a.m. and 10 a.m.

Bears are the most common chronotype, and they account for about 50 percent of the population. These lucky individuals tend to set their internal clocks by the sun and have a high sleep drive. Dr. Breus recommends they wake at 7 a.m. and go to sleep at 11 p.m. If they stick to this routine, he says they should have coffee between 10 a.m. and 12 p.m.—a relatively wide window, compared to those afforded the other chronotypes. This doesn’t mean, however, that they can chug coffee for two hours. Instead, Dr. Breus notes that they, too, should only have 100 mg of caffeine per day.

Wolves make up about 15 to 20 percent of the population, and are night-oriented, creative extroverts with a medium sleep drive. According to Dr. Breus’s ideal schedule, they should wake up between 7 and 7:30 a.m., and they should then aim to go to bed at 12 a.m. If they’re adhering to this schedule, Dr. Breus recommends they wait until 11 a.m. for their 100 mg of caffeine.

According to Dr. Breus’s quiz, I am a Dolphin, which is no surprise given that I suffer from chronic insomnia. Desperate to solve my sleep issues, I’ve been trying to adhere to the proposed dolphin schedule, and the results have actually been noticeably… good? I find that even though it’s tough to get out the door first thing in the morning, a quick walk actually wakes me up more than my coffee ever did. Thanks to getting up and moving instead of immediately chugging caffeine, I’ve also noticed I have more sustained energy flow throughout the day.

Of course, my experience is just anecdotal, but there’s also no harm in testing out a new routine to see if it helps you sleep and perform better, especially in these emotionally turbulent (and therefore, sleep-disruptive) times.

Oh hi! You look like someone who loves free workouts, discounts for cult-fave wellness brands, and exclusive Well+Good content. Sign up for Well+, our online community of wellness insiders, and unlock your rewards instantly.

How to choose the best coffee maker

Top 8 Coffee Documentaries To Watch Online (for free)
We use cookies to ensure that we give you the best experience on our website. If you continue to use this site we will assume that you are happy with it.Ok