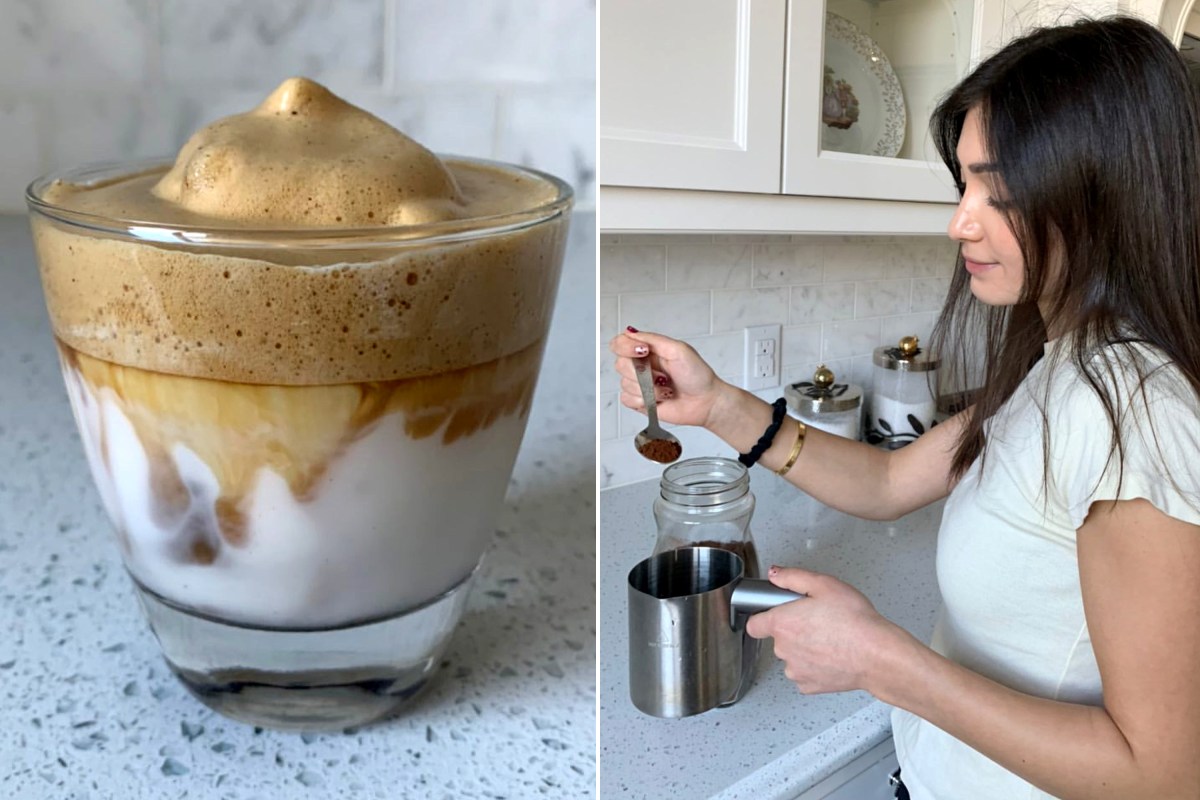 For more than a decade, Julie Dickson started nearly every morning by grabbing a cup of coffee at Mazzola Bakery near her Cobble Hill home.

“I’d usually go in semi-pajamas after an obligatory 10-second teeth brushing,” says Dickson, a hairdresser who owns Pembley Joon salon on the Lower East Side. “It was my daily weather check and mood check.”

But, since she started staying home a few weeks ago, Dickson has been brewing her own coffee, finally mastering her 9-cup Grosche stovetop espresso maker.

“I’ve been trying to use it properly for two years, but it was never right,” she says, recalling serving guests bitter attempts at dinner parties and holiday gatherings.

After researching on YouTube, she’s learned the ideal grind, the right amount of water to use and how to get a good seal when screwing the machine together. She’s now creating what she calls “the perfect cup with my own two hands in my own little kitchen” and saving $7 per day — no small change, since she currently has no income.

Amidst the COVID-19 pandemic, New Yorkers are staying in and finding comfort in a cup of Joe — once they figure out how to make a decent one. Some are just learning to use equipment they’ve had for years, others are desperately ordering new gadgets from Amazon or turning to unpretentious tricks their grandparents relied upon — with surprisingly satisfying results.

“It is the part of each Groundhog Day that I look forward to the most!” says Ana Gambuto, 38, a photographer living in Brooklyn Heights, of her homemade lattes. An espresso-drink aficionado and self-declared “coffee snob” who loves going to Stumptown, Gambuto knew that she wouldn’t be able to survive quarantine drinking the “sludge” her husband makes in his drip-coffee machine. So, she dug up an old Nespresso machine purchased long ago, from the closet, along with a milk-frothing accessory it came with called the Aeroccino.

“I have always been too lazy to use it because it felt like one more thing to clean, but in fact, it was the secret to the profesh latte all along!” she says of the frother.

For Dawn Lerman, 54, a nutritionist and writer living in Morningside Heights, the trick to making a cup that’s as satisfying as those she’d get at her neighborhood cafe, is mixing crushed eggshells in with the grinds to neutralize coffee’s acidity, just like her grandmother used to do.

“Performing the ritual of cracking the egg and separating the shell from the yolk takes me back to my childhood, giving me a sense of comfort and consistency,” says Lerman, who favors the method for her late morning “Cuomo coffee” that she enjoys while listening to the governor’s daily address.

For her afternoon kick, she’s taken to making a Korean whipped coffee drink called a Dalgona, which has gone viral on social media. She’s created a slightly more wholesome version using coconut sugar and oat milk. “I’ve been having fun,” she says.

All of this home brewing can make for some passionate differences of opinion within households. Zach Greenwald, a 34-year-old book editor, says he and his husband disagree about the strength of the two 8-cup French press pots that they make each day in their Fort Greene apartment.

“[He] grinds way too many coffee beans for each [pot], so we go through one 12-ounce bag of beans every two days . . . it’s sort of nuts,” Greenwald says. “[But] whenever I make the coffee, which is about half the time, he doesn’t think it’s strong enough.”

One thing everyone seems to agree on is that we need coffee now more than ever.

“Things are tense [with work] and we’ve been seeing salary and benefits cuts and talks of furloughs, and on top of that, I’m suddenly also a full-time parent to two very young and needy boys . . . and my whole life feels like one giant exhausting balancing act,” says Anna Hecker, 38, a copywriter in Clinton Hill whose husband happened to buy an espresso maker at the beginning of the year. “The moment my morning cappuccino appears in front of me is the best moment of my day.”

A simple kitchen scale costs less than $20 but can “dramatically improve” your coffee, Lacher says. Use it to weigh your coffee in grams and then add in 16 to 18 times as much water. He says people often err on the side of a brew that’s too strong — with mediocre results. “If you use too much coffee, you’re running the risk of underextraction and getting sour flavors.”

“NYC tap water is really, really nice, but there’s a little bit of chlorine in it [which can affect flavor],” says Lacher. Using water that’s been filtered a bit — say from a Brita or a fridge dispenser — is ideal; you don’t need to reach for the Evian. “You want a little bit of minerality in your water. Don’t go fully filtered.” Also, be mindful of the water temperature, it should ideally be between 195 and 205 degrees Fahrenheit.

Get with the Grind

Increasingly, people are grinding their beans at home every day, but Lacher cautions against this if you’re not up for splurging on a fancy burr coffee grinder, which can cost upward of $100. Cheaper, blade-style grinders tend to make for uneven grounds, uneven extraction and muddled flavor. You’re better off sacrificing a bit of freshness and having the store or cafe grind your beans. As for how coarse you should grind your coffee: There are no standardized settings across grinders, so experiment with what works best for you and your brewing method.

Don’t be a snob

You don’t have to spend 30 minutes hovering over a Chemex to make a good cup, says Lacher, who opts for using an electric machine most mornings. If you find that brewing preground coffee with eggshells through toilet paper works for you, great. “If it’s sweet and it’s clean, then do it,” he says. “You can make good coffee on pretty much anything.”

In need of more tips? Intelligentsia recently set up a Butterball Turkey-esque helpline. Call or text 773-270-1240 with your burning hot coffee questions.

How To Clean Your Coffee Maker

Ninja Coffee Bar System Review
We use cookies to ensure that we give you the best experience on our website. If you continue to use this site we will assume that you are happy with it.Ok